My husband and I took a journey [this past week], a trip into our past.

The miles were few; and the travel time far less, because of a new highway, than it had been 30-some years ago when we made the trip regularly. We recognized some scenes along the way, and when we turned into the little town square for a drive through our memories, it looked pretty much the same, only slightly more forlorn now than then. The same shuttered buildings still seemed in danger of falling inward during the next big storm.

This is not a thriving, bustling population center. It is a very small, simple, rural area adjacent to a lake which, for the past several years at least, has faced debilitating effects of the drought and the economy. People here, from the looks of it, are not yet feeling the benefits of a recovery. And, on a rainy day in February, in Texas, there are no fragrant blossoms or green leaves to signal the promise of spring.

Experiencing life in the rear-view mirror

But we drove on. We had returned only once before, in more than 20 years, to see the retreat we had owned for more than a decade beginning in 1981. We had spent many a happy, sunny, activity-filled day there when our son was young. I have trouble, even today, calling it a “lake house.” It had floor, walls and roof. It had a kitchen, and a bath, one bedroom, and another small sleeping area. It was filled with mismatched furniture and cabinetry. We applied gallons of white paint to freshen its old wall paneling. It had air conditioning only in one room. We added a screened activity porch, floored with cast-off multicolored tile, and graced by one banging screen door.

Oh, the times we had there in the one large room with a view of the water. We laughed; we cooked and read and played board games on the floor as a family of three. We watched mourning doves hatch in their nest outside our window, and we shuddered when a swarm of bees made a home for a night in the same tree. We did much the same — laughing, cooking, talking and playing, indoors and out, in and out of the water, on and off the boat — when we invited a crowd.

In the summer, we all cooled off under an outdoor shower plumbed to the trunk of a big tree, before putting hot dogs and burgers on the grill. On July 4th, we spread

blankets on the lawn to watch fireworks explode over the water.  It was a place for all seasons, and during the heat of summer we occasionally slept in hammocks and deck chairs.  Occasionally the allure of the place meant we packed up our sweaters and boots, and brought lots of hot chocolate just so we could watch migrating ducks and angry skies. In the winter, we slept soundly under warm quilts, lulled by the sound of lapping waves.

We loved the place. Our son — and our dog — learned to swim at “Camp Swampee.” Our son learned to sail, and to steer the motorboat. He learned to love fishing, and to dissect frogs, and to chase butterflies. He learned which snakes to avoid, and to watch for spiders under rocks. He learned to occupy himself alone in the great outdoors. He learned to steer the truck down the long, straight, bumpy road to the compound. We all learned to deal with the Texas heat during the searing days and to marvel at the star-filled sky at night.

We learned that the alternative to our day-to-day busy lives in the city, filled with school and jobs, meetings and friends, planned activities and regular schedules, is a cadence of life far different. We had “lake neighbors” who were equally happy to trade busy everyday lives for weekend peace and simplicity.

Our son grew up. We moved on and we moved away, but we carried with us a peculiar nostalgia for that place and time, across the miles and over the years.

So, given opportunity and no set schedule, we set out to visit the past.

But it’s not there. 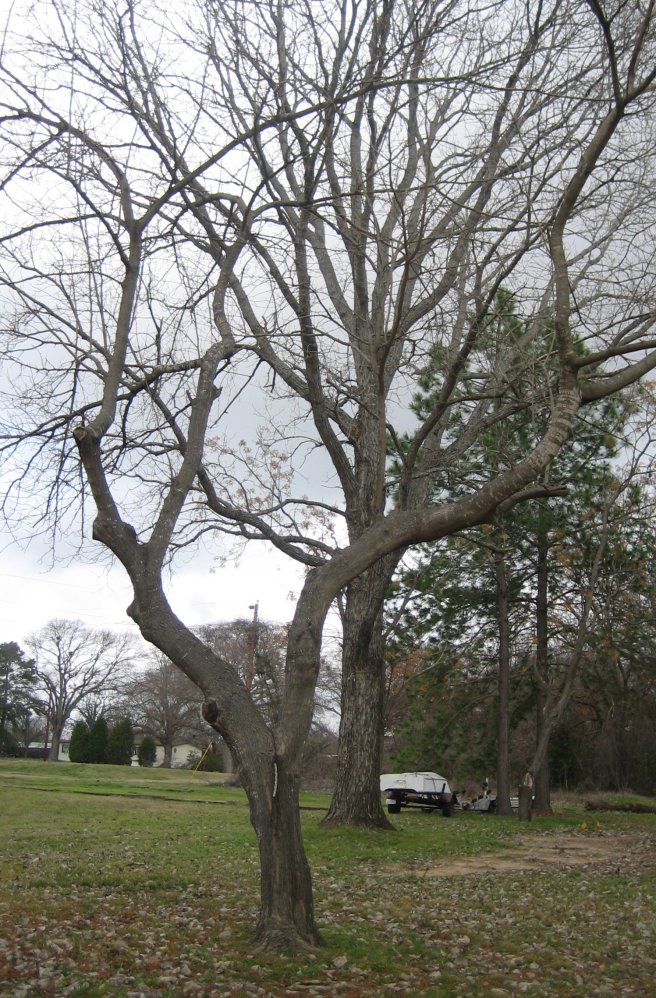 It was almost a physical pain: My husband and I exchanged glances, without speaking. We, both of us, took slow steps onto the lot, walking with a hesitant, measured pace to where our house once stood.

Grass has begun to grow, and falling leaves camouflaged bare ground. The dock still stands, but just barely. And, because of the lake level, it would be impossible to pull a boat into the sling under the shaky roof.

The shock was not so much that the building was gone. It had been old and worn when we owned it. The surprise is, rather, that what still shapes the way we are and think and feel in numerous, important ways has no physical presence in this world. We have left no lasting impression on that particular spot of earth.

We move on through life; we learn from each experience, sometimes in graphic, poignant and unexpected ways.

As we strolled back to our car, the lesson we both have learned:

Note: This story was originally published on February 10, 2013 on Yahoo Contributor Network. That creative virtual magazine was taken down several years ago, but I ran across this post recently, and thought it worthy of a reprint. Except for a few minor revisions, it is as originally written.

We think often of the good times we had on that little slice of earth on the shores of Cedar Creek Lake, and we remember the place fondly, even though it no longer exists. We graced the house with a handcrafted sign. There was no longer any sign of that, either. Perhaps, now that more than five years have passed since our visit, we will take another ride to see if someone has built a new home on the site.

In a way, I hope so. The lake and its lakeside communities have changed now, populated with full-time residents, and much grander weekend and summer homes. Perhaps the spot is enjoying a new incarnation with another family.

Somehow, though, in our minds Camp Swampee will remain frozen in time just as we knew it.

One thought on “Time-tripping: A new perspective”