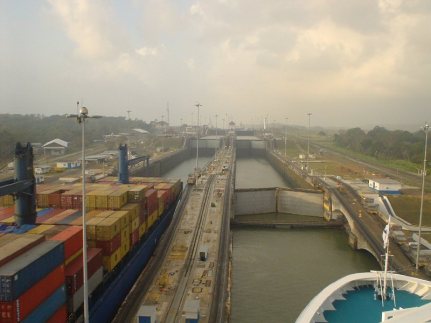 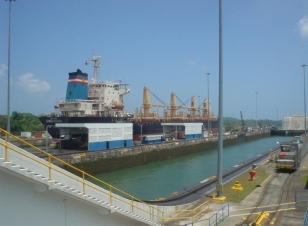 I have to confess that, until now, I never did. But I have been making one of late.

I have also been thinking about the next trip. A lot. And part of the thinking involves talking to friends and family about sharing it, a sort of old-friends-and-distant-relatives-reunion that would have our gang of crones and curmudgeons laughing it up and proving to younger people how the old folks can still “party on.”

The idea has been brewing for a while now. I’ve been poring over itineraries, and researching cruise lines, thinking about possible dates and ports, and wondering whether a summer or winter getaway would be better for most of the people I could hope to have join us.

And then it dawned on me. It’s not necessarily a one-time opportunity.

So, in case you’re wondering exactly where this is leading —

For me,  it’s leading to the Panama Canal — a journey from the Atlantic to the Pacific. I hope that a core group of compatible travelers joins in. It takes more time and energy than I seem to have to add “trip organizer” to my resume at this point, but I have put out the word.

The Map on the Wall

There was a time, several decades ago, when a group of young friends thought it fun to throw a dart at a wall map, and take off for a long weekend of sightseeing. Our group tasted several European capitals in that manner, motored through beautiful countryside along back roads, spent as little as possible because we had little, and savored every minute of every experience.

Later my husband and I traveled with other couples and other groups, on planned vacations, for spur-of-the-moment getaways, and sometimes just because we had free time and the urge to be gone.

I recently looked at another wall map and realized that, even though I have visited a fair number of cities, states and countries during my time on the home planet, there are still a huge number of places to explore.

Travel has become more complicated and much more expensive. As the world shrinks, its differences become less obvious — or more exaggerated, depending on your point of view. Personal devices allow popular music and movies to be delivered anywhere at any time, and travelers do not find it necessary to interact with one another or with strangers.

It’s a shame. So, I’m embarking on a modern crusade of sorts.

I don’t remember a time when I wasn’t eager to go somewhere new, taste new foods, meet new people and view life from a different perspective. Time, responsibility, finances and “respectability” may have gotten in the way along the way. I think it’s now time to rectify all that. The Panama Canal trip is not the result of throwing a dart and finding a way to get there.

It is more of a response to a fascination with the still-unfolding history of the canal. I’m really looking forward to seeing it with my own eyes. I’m sure I’ll be writing more about “the big ditch.”

But I’m not giving up dart-throwing either.